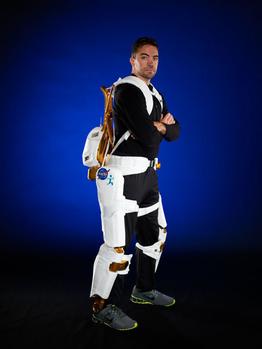 ​​​​Vasteras GiraffThe Vasteras Giraff was invented by Giraff Technologies in Sweden in order to create a robot-powered care system for the elderly without ever having to leave their homes.  The Giraff is a remote controlled robot with a camera, monitor, and wheels.  The robot serves as a link between the elderly and medical professionals by providing a video calling service similar to that of Skype.  However, Giraff Technologies is currently working on a larger research project, known as GiraffPlus, that goes beyond a single robot in order to assist the elderly in living at home independently.  Prototypes for the Giraff System are currently being tested in fifteen homes within Italy, Spain, and Sweden.  To summarize the GiraffPlus system, a network of sensors are distributed throughout the home of the user according to their usual activities.  Data from the sensors is sent to and collected at an external database, and a map of the home is also located there to detect where the movements have been occurring.  Both caregivers and close family members have access to the database.  The sensors detect high level activities and record their frequencies.  Then, the data is analyzed using graphs, and any abnormal activities of the patient are detected and reported to the caregiver, who can then visit the elder virtually through the Giraff robot.  A collaborative pilot mode has been developed so that the sensors can assist in driving the robot.  Also, the GiraffPlus database system can be accessed on any electronic device so that the caregivers and family members can easily check the behaviors of the patient.  For example, if the patient is sick and decides not to eat lunch, the sensors will detect no activity within the kitchen and notify the family member or caregiver.

The da Vinci Surgical System is a robot used for surgeries designed to be more precise than just a surgeon. The robot is controlled completely by a surgeon at a console. It has four arms more dexterous than a human’s and a 3D HD camera for the surgeon to use. The robot can perform surgeries with less blood loss and tissue damage than a human surgeon could. 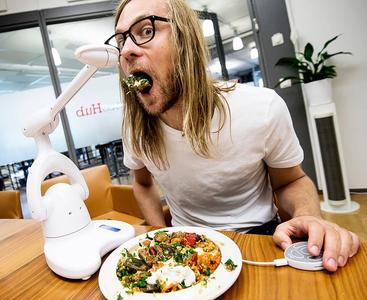 Biomedical robots are involved in the medical sciences such as surgeries and prosthetics in addition to any technology that improves the life of an individual.  Within the next few years, thousands of robots are expected to be operating in hospitals throughout the United States according to Wall Street Journal.  These robots can perform simple tasks such as delivering medications and linens as well as more complex tasks such as operating and performing complicated surgeries.  However, biomedical robots are being used to advance healthcare outside of hospitals and inside the homes of patients by electronically connecting the ill or elderly with their doctors and care providers and granting independence to the disabled.  Both robots for use in and out of the hospital are equipped with sensors for movement and sonar technologies for navigation and communication.  The purpose of the robot determines its overall design, such as the addition of a surgical arm or video camera. 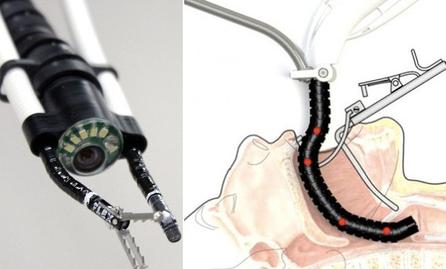 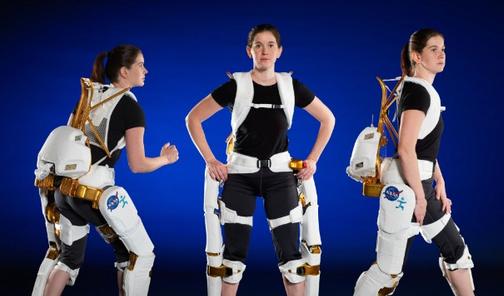 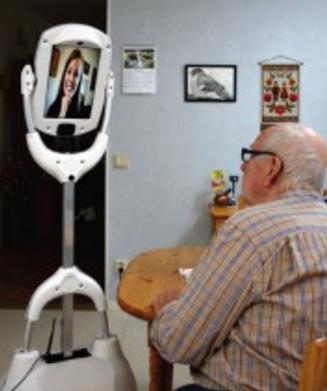 Robotics for the Biomedical Field

While allowing a snake-figured robot slide into your mouth may seem anything but comforting, the Flex Robotic System has been named the future of head and neck surgery since its launch in the European market two years ago and in the American market last summer.  The Flex Robotic System, known simply as the Flex, is a flexible tube that can glide into the patient’s mouth using a joystick controlled by the surgeon.  The surgeon is able to navigate the Flex with the assistance of a camera.  The Flex is especially helpful in surgeries when, without the ability of the Flex to reach previously inaccessible regions, the surgeon would have to make an indecision or even split the patient’s jaw.  Surgeons report that the Flex makes surgeries cheaper, faster, and less distressing for patients.  One autonomous feature is available to the Flex by the FDA: the ability of the robot to remove itself from the patient once it has finished the operation.  Other autonomous features are possible, but FDA requirements have strict rules concerning autonomous mode because the overall control of the surgery must remain in the hands of the surgeon.  However, even with autonomous limits, the Flex Robotic System has made surgery more efficient and allowed for more advanced surgeries to take place.

NASA and The Florida Institute for Human and Machine Cognition (IHMC) of Pensacola, Fla., with the help of engineers from Oceaneering Space Systems of Houston, have jointly developed a robotic exoskeleton called X1. The 57-pound device is a robot that a human could wear over his or her body either to assist or inhibit movement in leg joints.

In the inhibit mode, the robotic device would be used as an in-space exercise machine to supply resistance against leg movement. The same technology could be used in reverse on the ground, potentially helping some individuals walk for the first time. 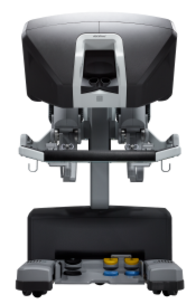 ​​​Bestic ArmThe Bestic Arm is an assistive eating device that was designed by Sten Hemmingsson, who survived polio but discovered that there were no current options on the market that would help him eat independently.  Sten wanted to create a device that would be easy and safe to control as well as a robot that would allow him to maintain his integrity, even with a disability.  Each Bestic Arm has a control pad that can be operated using any part of your body, such as your chin, knee, or head.  There are two types of control pads: a five button control pad and a one button control pad.  The five button control pad allows the user to move the arm forward, backward, left, and right by pressing the button corresponding to that direction, and the center button lifts the spoon upward and toward the user’s mouth.  However, this is a more complex system, and the one button control pad is more easily utilized for patients with less mobility.  The one button control pad allows the robot to move around the plate and pick up food without directions from the user.  The Bestic Arm has been praised for granting independence to those dealing with brain injuries, ALS, Parkinsons, strokes, amputations, certain types of cancer, Cerebral Palsy, and tremors.